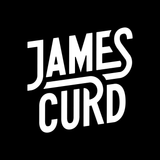 Chicago’s very own multitalented musician, James Curd began his musical career in his hometown at the ripe age of 15; finally making his way to Australia that he now calls home.
Through his love of DJing and music, Curd began to write and produce for himself. At nineteen he released his first track on the globally respected label Basenotic out of Paris. Off the back of this success, Curd created Greenskeepers; a name to represent himself and the wide range of music he wrote and the artists he collaborated with.

Four full length albums were released under Greenskeepers and it didn’t take long to catch the attention of fellow labels. Curd has most recently released via the likes of Exploited, Classic, Play It Down, Tsuba, Trax Records, Repopulate Mars, Sweat It Out, ETC ETC and Ministry Of Sound; to name a few. If his originals weren’t enough, Curd also has a plethora of remixes up his sleeves for the likes of Franky Rizardo, PNAU, Midnight Magic, Poolside, Kaskade, and more.