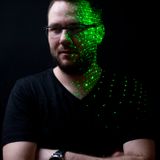 Jakub Rene Kosik is an extraordinarily prolific artist; he’s the author of over 100 singles and almost 10 albums released by labels from all corners of the world. His productions were recognized by e.g. Mousse T (who released a vinyl including a track by JRK & Grooveliker on his Peppermint Jam imprint), Terry Lee Brown Jr., The Timewriter – those two were also impressed by Jakub’s productions made under the “Lincon Six Echo” moniker, which led to releases on the legendary Plastic City label. JRK’s tracks can be heard in DJ sets of the most established artists worldwide. He created many remixes, both for Polish and international artists. His tunes are included on uncountable number of compilations, released both on independent labels and so-called majors - Sony Music, Universal Music.