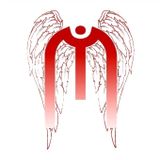 Ivan Nikusev is a Macedonian producer and label manager, born in 1985, who defines himself as а DJ of the old school sound of Progressive House music. Deep and strong bass lines, combined with trancy melodies and tribal elements, are something what you can hear in his sets. In 2011 he founded his own label called OLD SQL Recordings, which got a huge support by many great artists and DJs and the biggest proof for its quality is the contracts signed between OLD SQL Recordings and Armada for re-releasing some of the tracks. With his experience as a radio DJ since 2006, with radio shows and guest sets on so many FM and Internet radio stations from all over the world, he started sharing his energy and good music with the people on the dance floors as well.