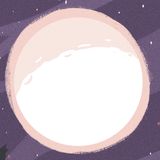 Never miss another
show from Inkymole On Air

Here you'll find all audio recordings of radio broadcasts, interviews and other on-air activity by Inkymole!
Our Altar Ego Radio Station was originally a three and a half day UK broadcast in May 2014 of 41 sets by 28 DJs, covering an enormously inclusive and diverse range of music, along with a touch of comedy, poetry, and conversation.

Sets were streamed live from all over the world as well as being played live in the studio, and included specially-constructed sets by diverse personalities from the world of music and from far outside it, who elect to remain - as per the station name - under cover of an alter ego!

An entirely voluntary co-operative, Altar Ego Radio continues as an ongoing, irregular but determined platform for playing the music we, and the listeners, struggle to find elsewhere.

Sets are recorded 'as is' - expect bleeps, gaps, silence, buffering and the odd missed cue!