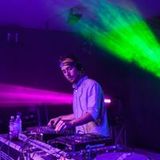 Never miss another
show from Innaca

INNACA (Music After Dinner) - Mix for SMS competition
by Innaca

"I’m an intuitive artist, audiojunkie and soundlover from the heart, addicted to beats, bass and sounds.''
This is what Innaca in one sentence like to say about himself and music.Born 1991 in Croatia, he quickly understood that the music will take a special place in his life. Very quickly he begin to express his talent at the private parties, mixing his own beats and music altogether with different styles of techno and house music, highly inspired with detroit and chicago sound .Soon Innaca became one of the youngest Croatian talents, who gained experience through Tecnx Djz with his friend playing a side with numerous names and trough this contacts he starts to develop his own stile in music.
Nowdays Innaca defines his own stile as house in various variations and he started to grow into the music not only as dj or producer but also as a event manager by organizing numerous clubbing nights in Croatia with his crew called "Music After Dinner".