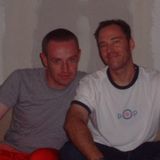 Never miss another
show from The Indieshop

The Indieshop is an indie pop & rock radio show broadcast out of 22 West Radio at Long Beach State in Southern California. The show originally broadcast from 1998-2004, and returned to it's original home in 2017. Live broadcasts can be heard Monday's from 6-8PM Pacific time.

The plan is to post all new broadcasts here, as well as some of the originals.