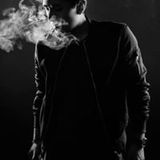 Gregory Trejo was born in Perù, since he was a little boy he realized his passion for music, particularly for drum.
Gregory's uncle had a big disco and from the tender age of 9 , Gregory a saw the world of music and understand that this is his world.
His first official track was released on Menny Fasano Records in 2012 and for a decade Gregory has been releasing a steady stream of Original Tracks and Remixes , Bootleg and Mash-up.
In 2012 Gregory Trejo produced a remix of the song " Can't Take My Eyes Off You "
you made by the producer Malexes e Mark Vox with the singer Leon Miller. This Remix is released by label Mamalook Records.
After this great success Gregory is supported by important producer like Sebastian Ingrosso , Dimitri Vegas , Like Mike , Axwell , Provenzano Dj , Chuckie , Paris Fz , Simo T ,Ian Carey , Mr Wilson Dj , Sebastian Lintz , Dj Observer , Gigi De Martino , Ruth Flowers Mamy Rock , Deejay Rafa Carneiro, Nicky Belucci , Bingo Players and others.