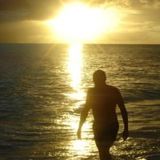 Ian retired in 1989, leaving a staff of 7000 to lead themselves, which he had taught them to do. He is a director of three multimillion turnover companies, one UK centred, two global and several smaller, evolving, social enterprises.

Having studied at Durham and Bristol Universities, he helped develop the Business Schools of Canterbury and Plymouth; he was made a Fellow of the Royal Society for Arts, Manufacturers and Commerce for his contribution to learning development. Ian has lectured on HRD, Leadership and Management at universities in Tokyo, Geneva, Budapest, Sofia and Paris, to global and national corporations, national and local governments, the UN and UNESCO. Ian coaches business leadership and organisational d