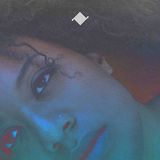 Never miss another
show from Rimarkable

House of EFUNK Special with Eli, Rimarkable & Life On Planets @ The Lot Radio 09-24-2019
by The Lot RadioReposted

Support Rimarkable by subscribing directly to this channel and get access to exclusive rewards.

Redefining the word remix, a producer, drummer, vocalist, and producer, Rimarkable is a crowd-reading master and rocker of international dance floors for nearly two decades. Whether sharing the bill with a host of superstars from George Clinton to Madonna or wowing notable colleagues and crowds on Boiler Room TV, her unique sound becomes ceremony, with a witches' brew of House and Techno, in a Soul, Funk, and Disco cauldron, built on the fire behind her Detroit and Chicago upbringing. She is an artist newly signed to the DIrt Tech Reck label.

Rimarkable is the co-founder & co-producer of JOY, a day party in Brooklyn, and curator & resident DJ for the global event, Everybody Random. She resides in Brooklyn, where she owns and operates her creative production company, Rimarkable Things.