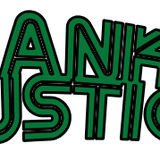 In 2012, Hank reunited with one of his long-lost loves: Music. He was always the kid that turned to music. It was always deeply embedded in him since birth. While he was in high school and college, he always found himself at parties wishing he could be in control of the music. He wasn’t interested in partying; he was interested in orchestrating them. Hank's mission is to destroy musical injustice in the form of DJ sets chock-full of music that people can enjoy and move to. He is often asked what he is playing and is often told that his selection is unique and excellent. This is because he spends hours each day carefully digging for gems anywhere he can. He loves sharing these sounds with the world and hopes to be able to do so more often and for mor