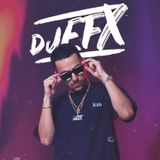 Never miss another
show from DJEFX

Dj EFX Live from The Wharf Miami HH
by DJEFX

Edgar Henao aka DJEFX started spinning at the age of 18 just for fun. Little did he know then, that his hobby would eventually turn into a full-time career. From making beats and selling mixtapes to dj’ing at clubs all over the world, dj efx has been able to travel internationally while doing what he loves.
He immediately became a favorite at high-scale occasions, performing at Super Bowl 2020 after parties along with superstar 50 Cent , Victoria’s Secret and Bloomingdale’s corporate events, as well as the Winter Music Conference and Star Island private parties. DJEFX was also requested to play for Lebron James, Nike’s 11/11 Experience, Nike Super Bowl 2020, Bravo Television’s “Million Dollar Listing” Launch Party, NBA LA Clipper Paul George’s Shoe Launch 2019 to name a
few. While not playing the exclusive events circuit in Miami, #DJEFX spends his time with famliy and friends.