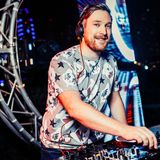 Voices Without Borders
by djchewyReposted

One of the most versatile and consistent DJs in the Middle East for the last decade, Andy Buchan has played funk, soul, disco, nu-disco, hip hop, indie, indie-electro, breakbeat, drum and bass and house sets *

Now based in Leeds, he straddles the line between cool and commercial, and with a treasure trove of unique and club-ready edits, he has carved out a hugely popular niche for himself in Dubai’s burgeoning club scene as a versatile DJ.

He's also a producer with a growing reputation, having released on Prison Entertainment, Audaz Records, Dear Deer, Sony Records, Universal, Midnight Riot, Rare Wiri and started his career on Infusion Records. His first EP was picked up by DJ Magazine and given 8/10, while he's also featured twice on the Bicep blog, including their highly coveted Mixtape series.

As the founder and resident DJ of alternati...