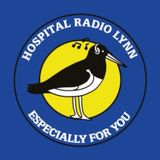 Hospital Radio Lynn was first thought of in 1972, it then took a further 2 years to put together and raise enough money to launch its first programmes on the 17th April 1974.

Several years later, a new hospital, new studios and a new comittee, we continue to broadcast to the patients and heath and wellbeing community across West Norfolk. We’ve come along way over the last 45 years and here’s to many more.