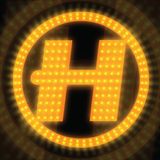 Hospitality is the worldwide club event of top UK D+B imprint Hospital Records. From humble beginnings Hospitality has grown to become a true titan of the scene – known for it’s feelgood music policy, showstopping DJs and a friendly, up for it crowd.

The first Hospitality event was at Herbal way back in 2001. After five years of monthly shindigs at the Eastend sweatbox, Hospitality took the giant leap to superclub Heaven for quarterly parties which instantly became the stuff of legend. Matter became the new home in 2008 and after nine completely sold out parties it was time to move on again.

As well as London events Hospitality also has shows all over the UK and the World including regular parties in Brighton, Bristol, Nottingham, Sheffield, Liverpool and also one off shows everywhere from Ibiza to Tokyo. Hospitality brings together bass heavy music, a friendly atmosphere and high quality production to create one the best clubbing experiences to be had anywhere in the world.