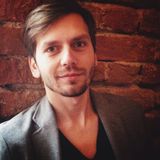 Never miss another
show from horica

On his real name, Horatiu Voicu was born on the 13th of June 1984 in Medias, Romania, and his first contact with the electronic music was at age of 7, when one of his neighbors received some Snap and Kraftwerk records.
He first begun mixing at the age of 18, but his major progress came in 2004, when one of his friends bought a set of CD Players and a Mixer. In the same year, while being a student at one of the Universities of Cluj-Napoca, he started mixing as a resident in a club called Seven and moved after that, one year later in Oscar Club, where he was resident for almost 2 years, till the Club closed.
Being a resident at one of the top Clubs in Cluj-Napoca, gave him the opportunity to mix during those 2 years with many popular Romanian Djs like Adrian Eftimie, Rosario Internullo, Kool, Pionu, Pagal, Livio and Pedro, but also with some foreign Djs as Slide, James Cole or Margaret Dygas.