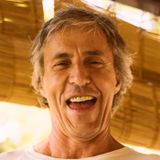 Never miss another
show from hofer66

Hofer66 began DJing in 1990 after being introduced to house music in Ibiza in 1989 with the live performance of Adamski in Amnesia. In 1991 he started to play at a pirate radio station in Germany and fell in love with the art of presenting music to a crowd you can only imagine. In 1996 he moved to Ibiza, in the following years he played almost every DJ booth on the island.

In 2001 he created dub magazine Ibiza which in 2012 became dub ibiza network, sharing his love for electronic music.

Every Monday he presents his show 'purified' on www.pureibizaradio.com live and direct from 09 - 10 PM CET.

Apart from radio he only plays very selected gigs worth the while, ukwis.