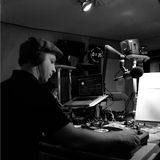 Herbert Bachhofer, better known as Shantisan, got in touch with the Black Music Culture very early. Influenced by friends and family he irresistibly had to start collecting records. A wide selection of hip-hop and downbeat records eventually led him to collecting Soul, Afro, Jazz, Bossa Nova and especially Brazilian records. Having all those fine records at home he felt the drive to play them in front of a dancing audience.
After several Dj-sets, the foundation of his own musical platform was the next important step for Shantisan in order to get his own thing together: Salted Soul a non-purist Afro Grooves, Brazilian Rhythms, Downbeat, House and Drum n Bass mix was born as a label and as a kind of trade mark for his parties which are now taking place in several locations all over Austria, reaching Brazil, Spain, France, Belgium, Germany, Italy, Slovakia, Czech Republic and Croatia.