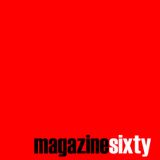 Greg Fenton has DJ’ed, produced and written about music for the last 37 years.

As a DJ he has played extensively across the UK at the likes of Golden, Back to Basics, Venus, Shindig and Sub Club as well as being resident at Manchester’s Hacienda and Dry 201. He also DJ’ed at the cities infamous Konspiracy and Most Excellent.

Greg began reviewing records back in 1991 for Mix Mag Update and has since written for i-DJ, M8, Our House Mag, and Keep On among others. He currently runs his own site MagazineSixty.com where he reviews and interviews artists.

As a producer he has released music as Soularis for Chicago’s Guidance Recordings, Hed Kandi, and Seamless Recordings. Plus as Silver City ‘Love Infinity’ and has provided remixes for the likes of Ten City and Angel Moraes. He is now releasing under his own name with latest release Hot Mess EP out on Digital Devil Recordings.

Greg also now presents a radio show on Data Transmission on the first Thursday every month from 4-5pm GMT.