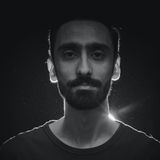 Never miss another
show from Goos

In a very short span of time, Goos has risen to remarkable prominence as a promising artist. With a combination of steady, yet very well received gigs, Goos brings a distinctive energy to the floor. His sound ranges from intricate melodies to chunky basslines, often inspired by earthy tones from around the world.

Goos was picked as one of ten rising DJ’s worldwide by Pioneer DJ for their Kuvo service. This was heard and reviewed by Daisuke Ito, a long time contributor to club and culture publications including Resident Advisor. Goos’ sets have been featured on Evermix, Everything will be OK, Deeper Sounds and 50:Hertz radio aired in Netherlands and US.

Goos’ eclectic taste in music has helped him quickly carve a niche for himself in the Indian dance music scene. His podcast ‘Journey’ showcases the full range of sounds of this versatile artist and can be found online.