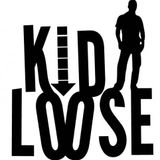 Support Kid Loose by subscribing directly to this channel and get access to exclusive rewards.

He is one of the most charming DJs in the business and a true gentleman. A twenty year veteran of the California Dance scene, Kid Loose established himself in the late 90's by promoting and playing underground parties, club events and raves. While performing among some of the most talented DJs in the San Francisco Bay Area, his energy behind the decks and in his song selection, allowed him to stand out in a land overflowing with skilled performers. Kid Loose worked his way up from opening or closing sets at Home Base and similar rave venues, to prime time slots at almost every dance club in the bay area. He held residencies at SF staples like Ruby Skye, Space 550, Club X as well as several other venues around the Northern California area. Simultaneously during this period, he was also active in producing and co-producing large scale raves and club nights from SF to Sacramento.