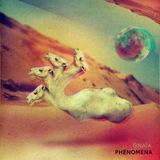 Never miss another
show from GNAÏA

France based artist Gnaia, started to produce music in the early 1994. After djing for some years he finally decided to create his own sound. His first track he recorded was "Gnaia - that's impakt", released in 2001 . Untill now Gnaia has released many singles. In 2009 The album "Cinematik Funk" is released on Autonome Records (creative commons) and is a Surprising mixture of trance, Drum and bass, jazz & hip-hop, As well as the very jungle directed piece "Audio architecture" in 2007.
Since his debuts he surprises by eclecticism and work on various instrumentals & electronic projects... Very inspired by world music, these productions incorporate psychedelic rhythm, voice, orientals & ethnic instruments