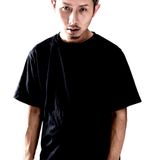 Never miss another
show from GDY

Furthermore, he has a remix of "Major Lazer - No Know Better", those songs are continuously at the Record Pool "DJCITY" used by DJs all over the world. Recently, GDY has released original tracks "Coolio (Original Mix)" from Germany label "CLUBTRXX" and recorded as the highest 67th in the beatport chart, he also released "Get Started (Original Mix)" from the United States label "Peak Hour Music" and recorded as top 28 beatport charts.
Those are supported by many artists such as "Juicy M" and "Exodus".