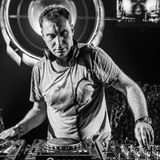 DJ Aphrodite aka Gavin King, is the man behind Aphrodite Recordings. It all started way back in the summer of love '88' running an Acid House club called Aphrodite, the namesake has been with him since. Meeeting with DJs Micky Finn and Claudio Giussani, Urban Shakedown was born followed by Aphrodite Recordings then Urban Takeover, a joint lable with Micky Finn. Following the musical progession from British hardcore to Jungle to Drum and Bass.

Aphrodite Recordings is the base outlet for all music with the Aphro signature. His first two solo Artist albums, the self-titled Aphrodite and Aftershock and some of his DJ mix albums, like Urban Jungle and Urban Junglist have become classic albums within the Drum and Bass scene and he has been popularised as one of the Drum n Bass 'Godfathers' and the 'King Of The Beats'.

DJ Aphrodite is known for playing out a good vibe that ranges from classics to upfront and exclusive VIP mixes.