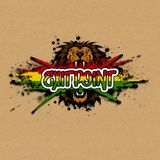 Exit Point’s passion for the music began in the early 90s, a fan of the ‘Madchester’ sound of The Stone Roses & Happy Mondays, from here, his musical tastes shifted to the underground Rave sounds of the mid 90’s after being introduced to a mixtape by a friend. This led to Exit becoming an avid listener of the local pirate stations, Mix FM, Fresh FM (Leicester) & KooL FM (Birmingham).This keenness further led Exit to take up DJ'ing, initially with a pair of Soundlab belt drives & a Numark mixer. Exit got into the Jungle sound in 1994 and would buy his vinyl from the legendary 5HQ shop in Leicester. Fast forward to 2009 and he started producing his own tracks.