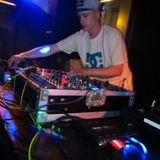 Never miss another
show from Gary The Apprentice

Gary the Apprentice started mixing in 2004 at the age of 16 and by 2006 had played at his first gig. In the same year, he began producing his own music, whilst studying for a Diploma in Sound Production.
Gary has honed his own, unique style of techno; heavily influenced by older styles of the genre, including jackin’ techno, as well as industrial and hardcore.
He has now set up his own label, GTA Digital, which launched in 2013.
The label’s mission is to share proper, underground techno, free of charge,
with an option to make a donation on download.
As a DJ, Gary plays all kinds of techno, but has become best known for his signature, straight-up, banging sets.
As a producer, his love for this kind of techno is apparent too, but with all tracks remaining diverse, and very much in his own style.
Gary has played at clubs and free parties across the UK, including a set at Mischief festival in West Sussex in 2012, alongside the likes of Jerome Hill and The Producer.