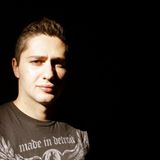 Never miss another
show from DeejayGaryK

Gary Kolominski (Gary K) has been an avid music fan since a very young age. As a kid he was known to spend hours listening to the radio and recording songs just so he can share his mix tapes with all his friends. Fast-forward to 1994, Gary moved with his family from former USSR to Detroit, MI (US), the birthday place of techno where Gary discovered the sounds of Derrick May, Kevin Saunderson and Juan Atkins, techno pioneers. He fell in love with the sound and his interest in electronic dance music only grew stronger with years to come. Throughout early 2000’s, Gary’s taste in EDM had expanded to the likes of Tiesto, Paul Oakenfold, Paul Van Dyk, Sasha and John Digweed.

He finally stepped behind the decks in late 2009 at a local underground dance club called Gracies Underground. His ability to read the crowd and play the right tracks at the right time was astounding to those in attendance and even to his own surprise. From Deep House to Progressive, from Techno to Trance, Gary b