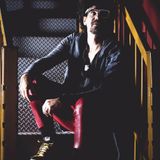 “Gary Caos is the perfect archetype of the modern Partyboy.”

His original tunes and remixes reached labels such as Defected, Ministry Of Sound, Street King,
Universal, HedKandi, EGO, Time Records, Armada Music, Ultra and many others. He officially remixed one of the milestones of music: Ray Charles’ Hit The Road Jack

Being supported by international djs like Tiesto, Umek, Carl Cox, Milk & Sugar, Mark Knight, Chuckie, Dj Dan, Robbie Rivera and many others, Gary’s music is not easy to label but has that Caos touch in it which makes it different, recognizable and beloved by fans all over the world.
Gary’s successful music got him to play in several venues and festivals around the world, touring Asia, USA and Europe.

2013 couldn’t start better for Gary. He tops Beatport’s House top 100, scoring a first place for over three months in a row, with his amazing tune Soul Power ’74 – Sax Power 2K13