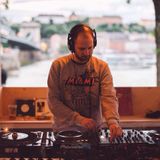 IPC Mix .80 - DJ Gandharva - The Creator Has a Master Plan - Christmas mix for IPC
by ImpulsecreatorReposted

Gandharva is a Hungarian record collector, dj and the owner of Budabeats Records. He is very much into Eastern-European beat, funk and jazz records but besides that he also collects afro, disco, bale, psych, library, rhythm & blues and hip-hop records from all over the world. He has been running his own record label called Budabeats since 2008, he has put out 37 releases sofar. He and his records are frequent guests in the clubs and bars of Budapest, he’s hosting several clubnights where from time to time he presents some well known international digger collegues.