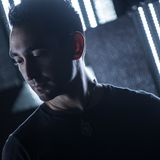 Never miss another
show from Galestian

His diverse production repertoire includes collaborations with Grammy-nominated mainstays Paul Oakenfold and Capital Cities’ frontman Sebu, to drivers of the international progressive house and techno scenes such as Darin Epsilon, and remixes of his work by Olivier Giacomotto, Fur Coat, Matan Caspi, and Alex O’Rion. He has been commissioned for remixes by the likes of 2x Platinum recording artist VASSY as well as underground namesakes such as Airwave.

His distinctive music style remains difficult to pin down, covering a wide spectrum of melody-infused genres like deep and progressive house, melodic techno, and beyond.