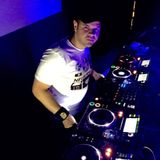 With over 15 years in the music industry, Frank Lamboy has forged himself an impressive career. Working under several monikers such as, Renegade Tribe, 12 Tone, Andy & the Lamboy and Friscia & Lamboy, chances are you have heard Frank’s remix and production work. His success lies in his eclectic sound. As a classically trained pianist, who credits his family’s musical background with broadening his horizons, it has allowed him to think outside the box. As a producer/remixer, Frank has created original productions with artists such as Anthony LaMont, Jennifer Cuneta, Diana Falzone, Terry Maxx, Michelle Weeks, Inaya Day, Sandy B, Jennifer Carbonel and Danielle Simeone. In addition, he was also tapped to spin at many high profile parties for the likes of MTV networks, E! Networks, Ralph Lauren, and HBO’s Sex and The City. For more info visit: http://franklamboy.com/