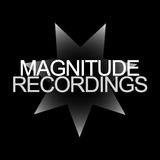 Never miss another
show from Magnitude by Francesco Pico

Being around since the early 90’s, Francesco Pico’s name is often heard in the dance scene. He released and remixed numerous tracks for labels such as Global Underground, Manual Music, AudioTherapy (Dave Seaman), Urbantorque, Briquerouge (David Duriez), Odori (Swag/ Chris Duckenfield), Extrema Music, Outside The Box (Eelke Kleijn), Proton and last but not least his own label: Magnitude Recordings. His tracks are played by many like Sasha, Nick Warren, Hernan Cattaneo, Eelke Kleijn, Anthony Pappa, Jimmy v M just to name a few. As a DJ he also managed to build a nice career; playing all the big venues in the country and some abroad and being a regular guest at many national and international Radio stations.