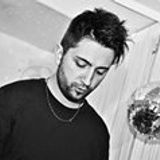 He also began his collaboration with Radio Divina Fm and became music selection of one of the many Radio Programmes: Divina Cafè where he stood out for his cool and chic music selection

As the years went by, his experience increased because he had the possibility to play in the most famous club of the Amalfi Coast

He was also Africana Famous Club co-resident deejay for three years.
In 2011 became club Le Mosaique resident dj: one of the trendiest club of the City

Today is the one of the most promising Kluster Records artist. This label record produced Filippo’s house and deep tracks, now available online on the digital stores