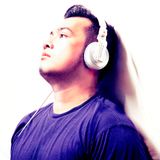 Never miss another
show from FERRERISKY

Being in the Dance scene since 2005, FERRERISKY has his magical music touch spread all over Indonesia ,not only on Clubs & Bars but also many Events for big named Company . He began his career just as he failed to reach the semifinalist on Heineken Thirst Studio 2006 as Live PA. Within his first year he has played aside international name such as Eric Entrena ( Toro Rec.Spain / Space Club Ibiza ) and met in face with world names like Abel Ramos (Spain),Ame (Germany), Tarkan and V-Sag (Turkey) . In 2009 he became the Apprentice to DJ Purple (7/24), learning Dance Music Production & Remixing, further shaping his talents & skills in the Dance Music Industry, and in the same year he won 3rd Place in Djarum Black Soundtrack Competition.