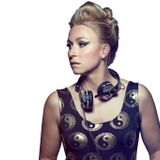 Fein Cerra is a self-taught DJ who started playing electronic music in 2012 when she bought her first turntable and imagined her first bootlegs.

It was in 2003, after the international success of “Satifastion” by Benny Bennassi that she discovered her passion for house music. This track would be the turning point in her musical inspirations. Beyond this international hit, several musical trends such as « progressive electro » and « deep house » influenced her style and shaped her own identity.
In 2013, Haribo PIK joined the EMI Music France label to launch a national women’s DJ contest with the aim of revealing the new French sensation. Fein Cerra took part in this contest in which she reached the semi-finals as the favorite participant of the social media users and she went to Technoparade Paris.
She also created her own podcast called “Jumping to Ibiza” available every month on Soundcloud. In January 2015, she released a track “Gotha” signed by the label DJ Centers Records.