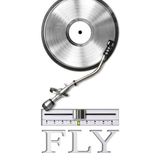 Never miss another
show from 2Fly

Vliegh and Flyer first met nearly ten years ago. Since then, they have shared the decks on multiple occasions. In 2009, while they were both living and working in Latin-America, they finally decided to join forces official as a deejay duo. Record collections were merged and rehearsals began after Vliegh returned from Suriname and Flyer flew back from Argentina. By early 2010, 2Fly was born. Now, 2Fly will deliver the rhythm and the thumping beats as long as the audience is prepared to smile and move its feet.

Flyer is 34 years old and after more than years of messing around with vinyl decks, he decided to switch to Traktor and put some mixes online.