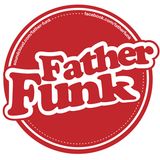 Father Funk (aka Will Williamson) hails from the North West of England and is fast becoming one of the sharpest producers in the Ghetto Funk scene. With flawless production skills and an ear for coolest funk samples around, he has been delivering us an abundance of quality bass heavy funk for the past six months.

His production skills have also reflected on his continuously growing Soundcloud following, gaining over 1000 followers in the space of only six months. Father Funk tunes have become quite a regular feature within Spinforth’s Soundcloud Scour on the Ghetto Funk Blog, Spinforth himself referring to Father Funk as a “fresh on the scene mega-bomb making machine!".

With many new and exciting projects in the pipeline including more of his renowned exclusive free treats, DJ performances and more releases on some of the biggest labels in the scene, Father Funk is certainly "one to watch" in 2012.