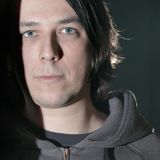 Falko Brocksieper first encountered electronic music in 1993 when attending numerous raves and clubs, and soon after he began acquiring his own skills as a DJ. The european rave-techno of the time was the initial counterpoint, after-which he discovered artists from Detroit, Chicago and the Midwest, such as Robert Hood, Woody McBride, Daniel Bell and Jeff Mills. In 1997 he moved from his hometown to Cologne where during his studies he decided to focus on electronic music production. Falko Brocksieper's first vinyl record was released in 2001 on Sub Static label, which he founded in cooperation with Mia Grobelny at that time. Further releases followed and in 2002 he set up his second label Karloff Rekordings. Falko Brocksieper moved to Berlin in 2004, in order to infuse fresh energy in his music production and record labels and released his second album "Heavy Day". He continues to perform both live and DJ with over 10 years experiance as an international DJ.