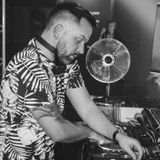 Electronic music fan since the late 90s, Fabien decided in 2005 to get into the industry himself. Influenced by a number of evenings spent at the Mad and the D ! Club in Lausanne, house music became the style he particularly appreciates. He followed DJing classes with DJ Othello and DJ Dam's. In 2007, he purchased his own equipment in order to perfect his skills. After hours, days and weeks of training, he got the opportunity to mix in bars in the surrounding area of Vevey. Since then, he has been mixing in French-speaking Switzerland, in nightclubs as well as in bars. Moreover, he mixes his tracks in harmony to give a more special atmosphere to his evenings.

In 2013, a new opportunity presented itself to him. He was lucky to be able to mix abroad for the first time, at the Moby's Tropics Club in Lloret De Mar, Spain.

Nominated in the TOP 20 BEST EDM DJ for the Swiss Nightlife Award in 2016.