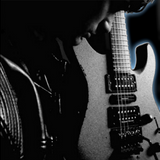 Never miss another
show from excess

I've always been in music, mostly electronic, between Detroit techno, acid house and Chicago house music. I am also influenced by rock, industrial music and hip hop. I write and compose songs, especially for the group in which I was a member : The Juicy Juice. I work on the arrangements, the mixing as well as the production, the visuals and the sound design.

"excess" is a solo project started in 2012. It includes some demo tracks, remixes and featuring ( The song "Never leave" featuring the British singer Tara Toxic, a remix of the track "Time to go" of the american artist Kwanza Jones, a collaboration with rap artist Raquel Divar or remixes including the band Nine Inch Nails ... ) ​In 2014, the album "excess inside" appeared on iTunes, this was the very first album including the majority of songs produced between 2012 and 2014.

Get the complete biography here : https://www.excessofficial.net/infos-en