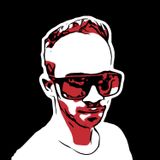 After tough practice sessions in the studio for being one of the best artists and producers of the nation, a project called Ethen Bass was formed . Rohan Ramnathan, commonly known as Ethen Bass is one of the new-breed of super talented DJ/Producers in the scene unrestricted by genre boundaries, at every phase continues to amaze and entertain with his performances that most artists could only dream of being able to achieve at such a young age. Ethen Bass consists of some serious passion for Music. This project took birth back in 2008 when he got hold of the console and started to belt out his favorite genres that are mainly Techno, Progressive House and Trance. Now 29 years old and with numerous fans in and around his country.
Over the past few years his style has developed in a modern sense - whilst maintaining the melodic edge, a more of driving progressive and techno flavor has caught the ears of the crowd he experiences, as he infuses these to create fans flock wait to see him per