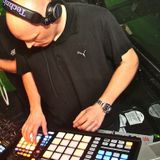 Love and Destruction
by Dj EsDee

Dj EsDee started playing in 1989 with different styles of music. Like for many others, his entrance to the world of Djing was Hip Hop, but soon he added Hip House, Electro, Acid House and Acid to his repertoire. About 1990 EsDee was then infected by a virus called Techno, followed by a very turbulent history. In 1992 he jumped on the Hardcore- and Gabber-Train followed by Breakbeat and Jungle in 1993. The year 1993 also was the time, when he became a part of the RED BULL DJ TEAM (DJ Sascha &amp; Björn Pregitzer and EsDee), playing as one of the residents in the faboulus NOISE-CLUB of the disco AIRPORT in Würzburg. Unfortunately, after the temporarily shutdown of the AIRPORT in 1994 there was no room for the RED BULL DJ Team and DJ EsDee when the Club reopened. Only once in 1995 he was invited to attend a jungle event in the Airport and played a 5 ½ hour warm ...