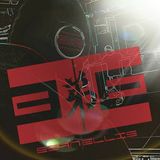 Never miss another
show from Esan

Co-CEO of Hausbeat Entertainment, DJ/host of the weekly online radio show, In The Red, on MotionFM.com and international member of the Boston based collective, Deep2. While he has a lifetime of music behind him he only decided to jump behind the decks after losing his brother to an untimely death in 2011. He decided then that he would never be left wondering "What if?"! From there he embarked on the DJ version of the Karate Kid by learning from the best in Montreal scene. It was not too long before he found himself playing alongside international staples like Joonya T, Godfather D, Jojo Flores, Quentin Harris, Tony Touch, Sabine Blaizin, Indysoul, Stan Zeff, etc...The story is real simple...if it has bass...chances are he will play it. BUT IT HAS TO HAVE BASS!!! A hip hop dude by nature, house headren by trade and everything else as long as it has a beat!! Which explains why he lives by the 3 L's of music....LISTEN, LOVE AND LAVISH.