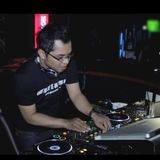 Never miss another
show from erwiengroovy

Erwien Himawan as known as Erwiengroovy born on April 1982 was first interested in electro dance music when he started his passion in software music experiments. On 2007 he started his carrier as a DJ, began from a small gigs he emerges in club scene and got the good response from dance floor, “yup! It’s a baby boy goes groovy”