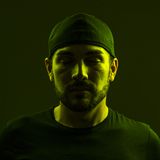 Erik Schievenin, class 1989, born in Belluno and immediately showed a deep interest in music. Begins in 2012, taking its rst steps into the world of DJs, inspired by great artists, starting simply with the programs (software) for mixing, and founding his label UNBELIEVABLE RECORDS. The musical genre of Erik Schievenin is the Tech House / Prog House / Techno. His activities since the start of "a passion" continues to be strong and tenacious to expand more and more in his name until he reached his aspiration of music producer. As a teenager he studied using various means of production, sequencers, keyboards and midi devices, which launched him into the world of music production.