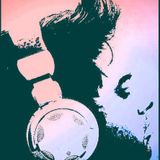 Never miss another
show from EmoTek

Born in the urban area of Ahmadabad, Umang(Omunk) has always been a follower of pianic notes from the childhood. The story started on may 2006 when Umang got his ears developed with skill, due to his interest in All kind of soundwaves and his hard work of researching on life sounds .He learned Advanced skills of deejaying and production from his Senior Deejay and Music Producer Kash Trivedi. He is totally in to and always has been in to Progressive music, it could be a Progressive House or Trance but one thing is sure, he love progressions. He is an emotional musician whose emotions makes his music. Many lads told that his music shows 3 things or make visionaries of 3 things.
-Natural Landscapes
-Future world
-Space
He says that His music is made up of emotions, So he named his alter ego as Emotek, A Character whose hands he is holding to move forward.