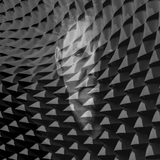 Never miss another
show from Elton

Elton is an international Techno DJ and Electronic Musician based in Queensland Australia. Alongside an international career in Digital Engineering, Elton has leveraged design flair with engineering expertise in parallel with his deep passion for electronic music spanning over 3 decades. Stands to reason that technology, detail and a strong work ethic drives every aspect of Eltons performances. Elton honed his craft during the 90.s UK underground scene playing numerous critically acclaimed underground venues throughout the UK. As an artist Elton now invests much of his time experimenting with new sounds and technology to push the boundaries of sonic performance. His monthly online performance 'Parametricism' has already gained traction being listened to in over 25 countries globally. He is known for his intelligently curated, genre crossing, hypnotic and energetic techno performances building energy and anticipation through effecting, looping and drum compositions.