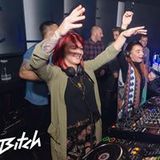 Ele vibe has based her life around music, after university she spent years travelling to find her genre & see how different cultures experience music, it really opened her mind to the effect music has on life.
2013 brought her home & she enrolled at Manchester Midi School. After qualifying she got herself out on the scene & soon saw a gap for her music & enthusiasm.
Ele Vibe created her own brand Secrets, a perfect blend of house & trance music. Its already picked up its own residencies in numerous clubs & she joined the team at Generate Project Radio with Secrets Radio, every Friday following Ferry Corsten & Daddy’s Groove.
2014 has seen Ele become Resident with Composit Music at the well established Warehouse Project. Through this she has supported Dimitri Vegas, Like Mike, Steve Aoki, Nervo, Dyro, Blasterjaxx & more.
Ele Vibe is the North West’s upcoming female star. She brings both energy behind the decks and through her music that can only be explained after you witness it.