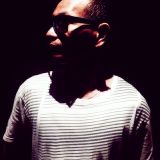 BONZO has been hitting the dance scene since 1994 by organizing several undergound house party in jakarta
he start spinning his records at PARKIT club, and many more clubs , following a successful years his musical mind beginning rewarded him hist first residency at Hard Rock cafe Jakarta (1995), continued at Fashion cafe Jakarta (1998), Grand Manhattan club (2001) , in 2003 he released his first mixed & compiled CD album " BREEZE" in CD/Cassette in major local store under HOTMIX recrds label ,at that year he also start producing his own music . more challenging in 2005 he took up residency and headlining DJ's at CORNER Club Manado , in 2012 he co-founder a new label with his friends named DUST FONTAINE
in 2014 he took residency at STARK HOUSE legian also as a summer resident of GATECRASHER bali .
he also regulary spinning in some venues and party around Bali with his unique style of house
Bonzo has been appeared to performing in so many clubs,events,parties around Indonesia