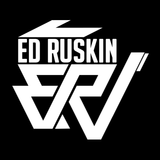 Ed Ruskin, back in 2000 also known as tonE, is a german Dj and producer, now focused mostly on Drum and Bass. Being a versatile Dj means playing a broad variety including Liquidfunk, Neurofunk, Techstep and even darker sounds like Darkstep, Breakcore and Crossbreed.

He was inspired by various legendary artists back to 1996 when he starts mixing DnB thanks to an old friend : Querbass Crew's Spheric aka sH1.

He is part of the "Querbass" Drum & Bass crew along with great and inspiring guys like Carisma, sH1, Red Husk, Oxyt, Discord and Pat Styx. Also featuring a radio show on 99.5fm and hosting multiple event series, from "QUERBASS" over "BASS-STATION" to his little child "BASSMENT" which is known for it's rougher sounds from different Drum & Bass subgenres.

He takes inspiration from banging acts like Current Value, Noisia, Black Sun Empire, State of Mind, Borderline, Teddy Killers, Calyx & Teebee as well as Optiv & Btk and many many more.