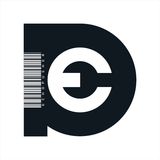 Captivated by harmonious feedback and that fuzzy sound. Peruvian native, Randol AiRCRASH aka Echo Pusher formally started experimenting with sound as a guitarist / singer, songwriter in New York City around the early 90's. As the N.Y.H.C. scene died, Randol stumbled upon that famous loop called the Amen Break. Since then he has been experimenting with various styles of Electronic Music. Building up his stats as an Event Promoter, Music Producer and DJ. Randol is the leading figure behind Incatek Ecosystem Festival, Bass Massive : Net Label and the Bassbot Sound System.